How many do I order?

With the launch of the new regular feature ‘Everything you need  to know about wedding stationery’ earlier today, let’s start as we mean to go on and follow up with the very first post in the series. 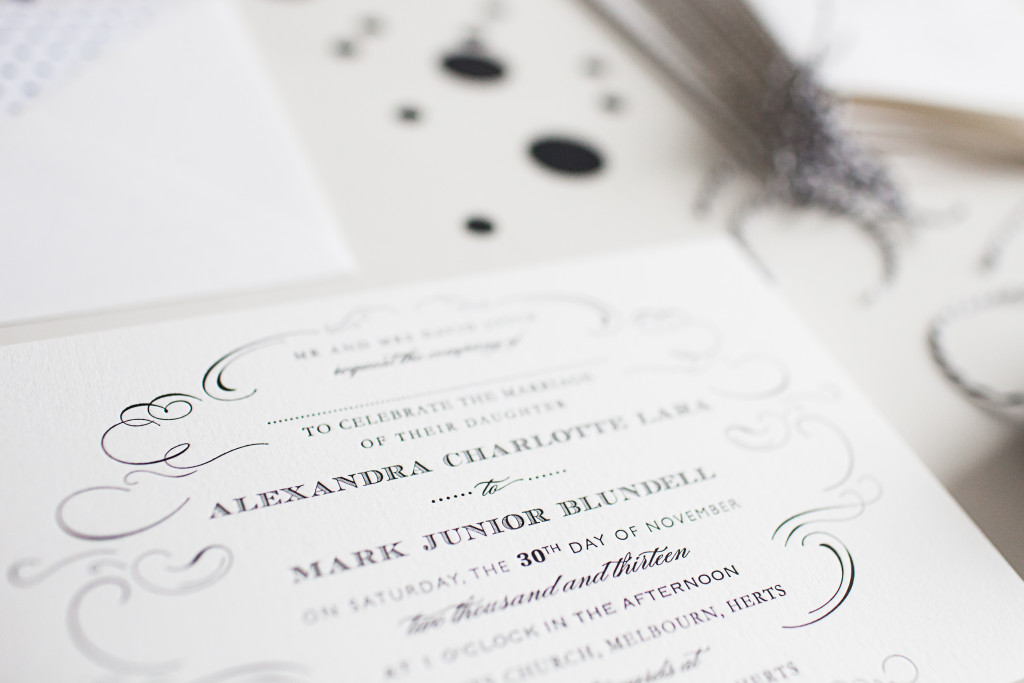 How many invites do I order?

I always recommend that my couples order enough invitations for their guest list, plus at least 10 extra sets for any last minute guest list changes, damages or lost in the post or if you plan on sending invitations to a “B-list” to replace guests who can not attend. From experience there is always extra guests added to the most final of lists. It’s better to order a few extra invites initially, rather than having to re-order more later which can be expensive. Especially if you are having letterpress or foil printed pieces as there is usually a minimum run of 30 so it may not even be possible to order just a couple more a few weeks later.

Don’t forget, you might want to keep one as a keepsake too!

Ta da, first post done! I hope you found this helpful, these posts will be filed under ‘need to know basis’ in the categories on the right so you can use this resource whenever you need with ease. 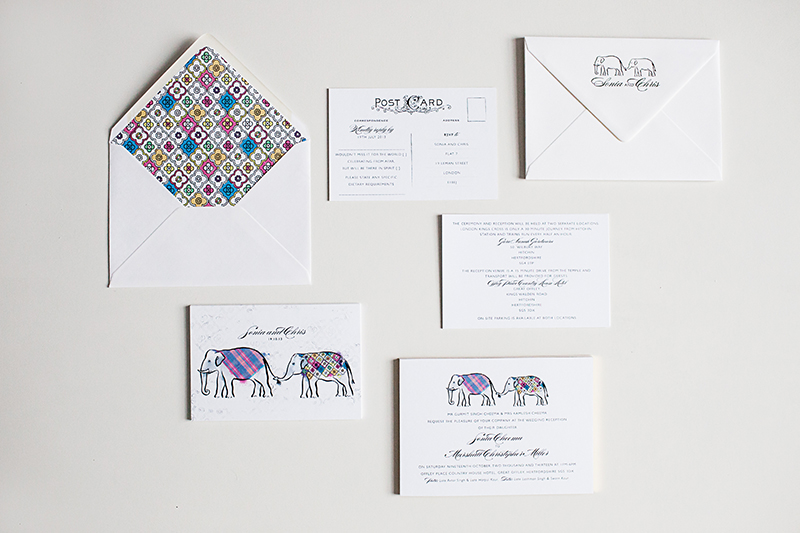 Sonia came to me last year with such a lovely idea for her and Chris’s invites I couldn’t wait to get started and these invites have now become a firm favourite of mine.

Sonia wanted the invites to reflect the couples cultures and for the stationery to incorporate two Indian elephants, Chris’s elephant with a colourful tartan print and Sonia’s inspired by the paintings from the Indian Elephant Festival. As they were having  Indian and Scottish celebrations three separate invites were needed and so Sonia wanted these to be defined with foil edging, gold for the Indian invites and silver for the Scottish invites. To really let the edging sing we duplexed the card to double the weight to 700gsm creating a deeper edge to really show off the shine! Both sets also came with RSVP postcards and information cards. The envelope flaps were letterpress printed in black with the couples elephant motifs.

I loved the whole idea for these invites and the thought Sonia put into them and the use of multiple process and finishes makes these invites extra special. Plus I love elephants so I was always going to love doing these! 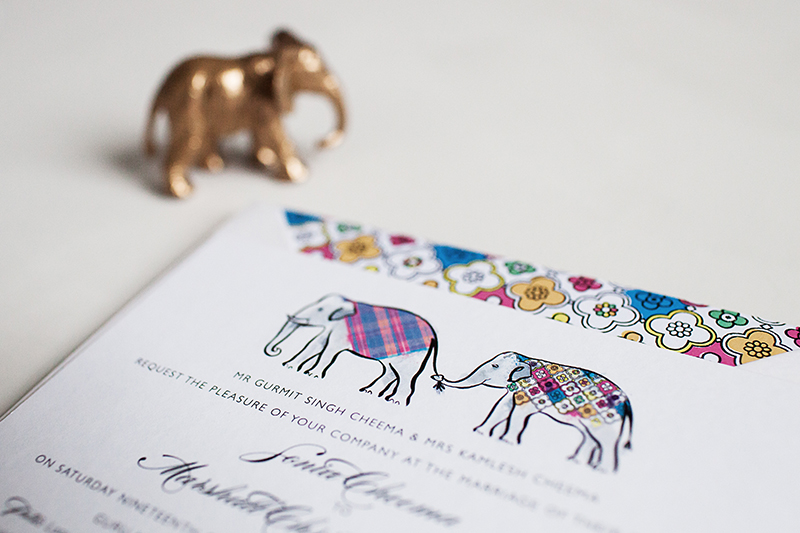 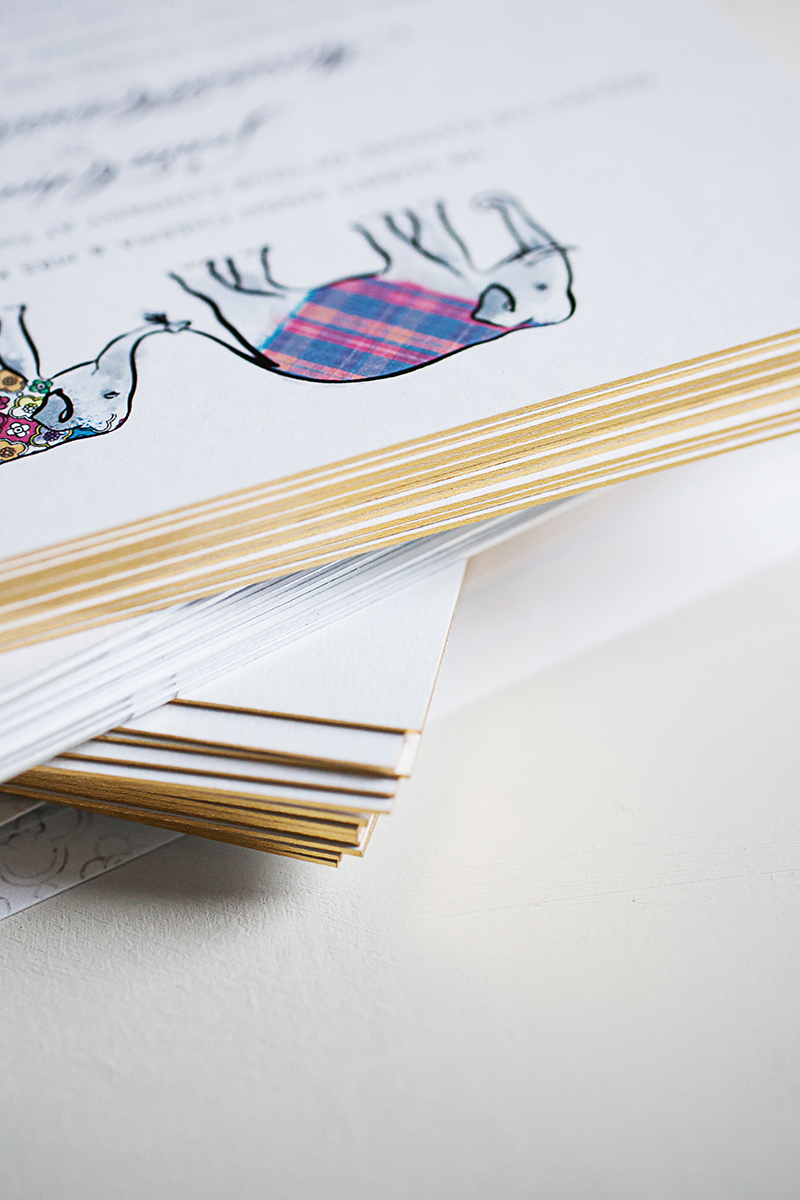 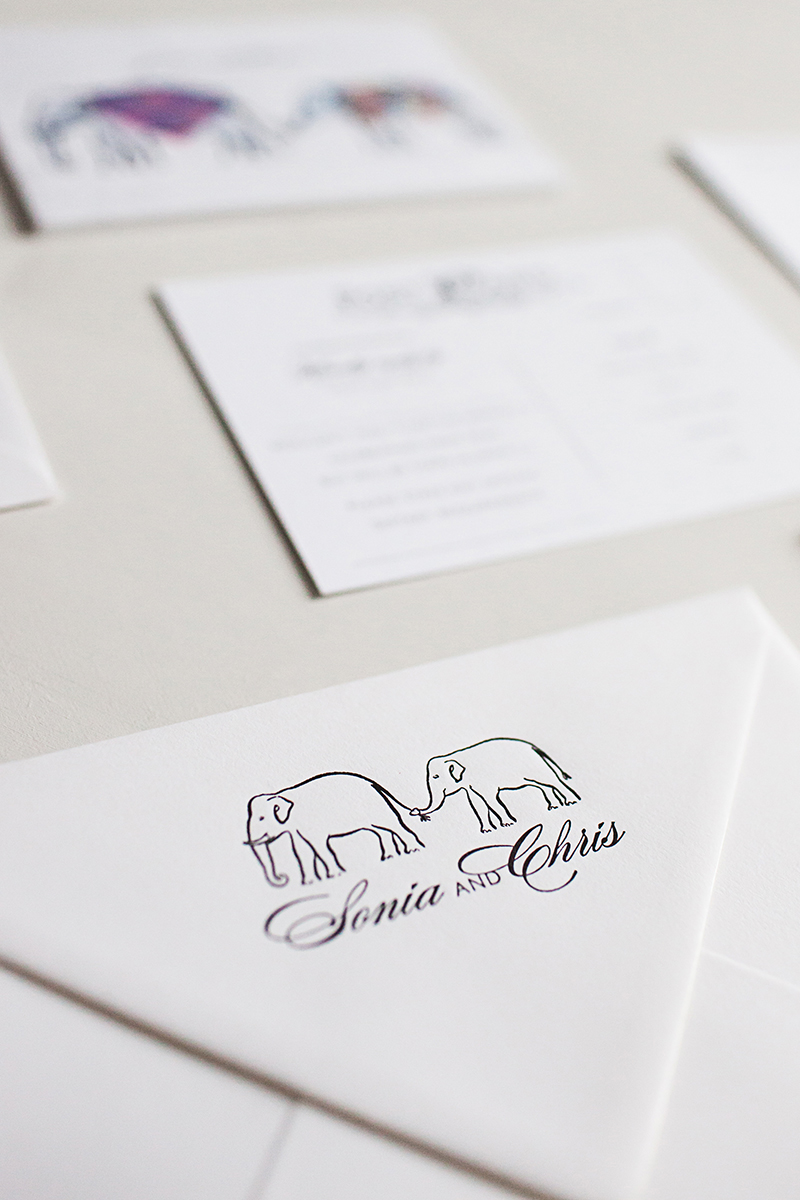 If you would like me to design your bespoke wedding stationery please do get in touch for further details, I would love to hear from you.

Sometimes I just tweak an existing design and it suddenly looks brand new!

Sabrina really liked the Rosalind style but wanted to personalise the design and incorporate her other half’s love of fishing. The couple designed their own save the dates and had used a font that they wanted to carry through to the invitations which refreshed the Rosalind invite beautifully. Together with the little fish illustration we transformed the original design into something that reflected Sabrina and Alex’s style, just as your wedding stationery should!